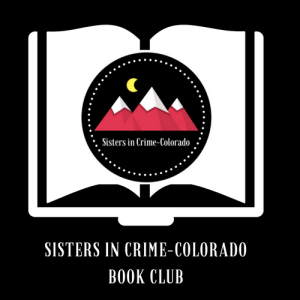 Free and open to the public. Come chat with the author and other readers! And if you don’t have a chance to read the book, that’s quite all right. Many times we discuss craft and the publishing process as well as the book, so all are welcome!

PLEASE NOTE: During the current coronavirus situation, our book clubs are meeting online via Zoom. Sisters in Crime-Colorado members can get the link to the Zoom meeting on the chapter groups.io listserv. Non-members may request the meeting link through our Connect page at: https://sistersincrimecolorado.org/connect/

Hope you can join us! 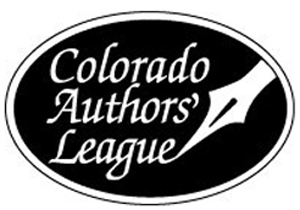 The Colorado Authors League held their first-ever virtual awards ceremony on June 7,  2020 which featured a lot of great highlights for Sisters in Crime-Colorado authors.

In the Mystery, Crime, Suspense category, Barbara Nickless was the winner for her novel, Ambush.

Jennifer Kincheloe was a finalist for her novel, The Body In Griffith Park.

In the Romance category, Harper McDavid was the winner for her novel, Zapata.

Congratulations to all of our Sisters in Crime.

Abducted and hidden away deep in the Rocky Mountains, Susan Bell is frantic to escape her murderous captor.

Freshman Special Agent Burke Cameron is straight laced, traditionally minded, and comes with a hefty set of old-fashioned values. Burke doesn’t know what to do with the free spirited, progressive woman he’s falling for. He and Susan don’t want any of the same things and he knows he should move on, but he can’t seem to resist her.

Burke and Susan’s world views are polar opposites and a lasting future together is impossible to imagine. But when a group of six women, including Susan, goes missing in the Colorado Rockies, their differences fall away, and all that matters to Burke is finding her. He enlists the help of his friend, Agent Kendra Dean and her FBI-K9 partner, Annie. As soon as they are on the trail, they realize they’re not simply searching for lost women—they are tracking a killer. They discover one body after another. Desperate to rescue Susan, Burke prays that the next body they find isn’t hers.

Gone to Darkness (Book 4 in the Sydney Parnell Crime Series)

Newly minted homicide detective Sydney Parnell faces a savage killer whose endgame is to capture her. And keep her.

Iraqi war vet and former railway cop Sydney Parnell is now the youngest homicide detective in Denver’s Major Crimes Unit. In the past, gut instinct has served her and her K9 partner well. But it’s not a trait Len Bandoni, her old nemesis turned reluctant mentor, admires. Not until Sydney’s instincts lead to their first case: a man tortured and beaten to death, then left in a refrigerated train car with cryptic messages carved into his body.

The victim is a well-liked member of an elite club called the Superior Gentlemen. At first glance, the club appears harmless. But beneath its refined surface swim darker currents.

As Sydney; her K9 partner, Clyde; and Bandoni investigate the grisly murder, the three develop a bond that carries them through a shocking series of crimes and a horrifying conspiracy that threatens the detectives’ lives and promises to bring their beloved city to its knees.

“Barbara Nickless creates characters who matter—to each other and to the reader, who is fortunate to journey with them. With Gone to Darkness, Nickless expertly crafts a dark tale brightened with heart, humor, and humanity. It’s a tightly woven, always escalating, keeps-you-up-past-your-bedtime novel. And Sydney Parnell is my favorite kind of detective: a relentless empath on a mission to solve herself as well as the crime, navigating her demons to ensure justice for the victims of evil.” —Matt Goldman, Emmy Award winner and New York Times bestselling author of the Nils Shapiro series

For more about the Sydney Parnell novels, visit Barbara at www.barbaranickless.com