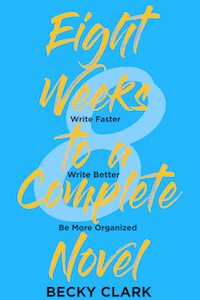 Want to speed up your writing process and complete a top-notch novel in just two months?

Learn veteran author Becky Clark’s tried-and-true techniques to:
• Write faster
• Organize yourself
• Create a flexible outline you can live with (even if you hate outlines with an intensity usually reserved for walking into a spider web)
• Devise your own reliable system to get you from the premise to THE END in eight short weeks.
• Become the prolific career novelist you’ve always dreamed of!

I’ve read a LOT of books on craft. This book combines a complete structure with a lot of options on how to work around the typical roadblocks that pop up for most writers. ~ Kim Olgren

I’m in your debt! ~ TR Fischer

You offered a ton of information, and because of your humor, it all made sense to me. You’ve inspired me to get serious about my writing. ~ Seth Pooler

I always have this thought that there just isn’t any time, but really the problem is I have not actively chosen time for all my endeavors. I was surprised at how thorough and actionable the content was. LOTS of concrete steps are provided to help anyone find a plan that suits them. Extremely relatable and helpful. ~ Lindsay Maroney

Buy this book! It takes all the confusion out of writing a novel. Becky breaks down how to go about it from start to finish. ~ Norma Thomas

To learn more about Becky and her books, go to: BeckyClarkBooks.com 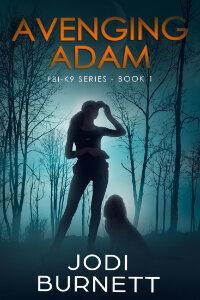 “Couldn’t put it down! This is Jodi Burnett’s first installment in a brand new series of romantic mysteries, and she’s hit it out of the park again!” Five Star Amazon Review

While hiking in the foothills of the Rocky Mountains, FBI Special Agent Kendra Dean and her K9 partner, Baxter, stumble upon a dead body stashed in the woods. The discovery changes both of their lives forever.

Special Agent Rick Sanchez hunts a serial murderer who is targeting women on a multi-state killing spree. Kendra Dean, an agent Rick met on a joint mission six months ago, has found the most recent victim. Rick and Kendra once shared a tempting chemistry but time and miles made their spark a distant memory.

Now, thrust together to solve a deadly case, Rick and Kendra rekindle their attraction only to find their personal demons are even greater obstacles than their geography. It’s hard for Kendra to see around the chip she carries on her shoulder as she works to prove herself in a man’s world. Rick harbors a debilitating guilt over a past failure that holds his heart prisoner and he’s terrified to love again.

The serial killer sets his sights on Kendra. With her life in the balance, she and Rick must deal with their issues. Will they be able to admit their feelings and embrace their growing intimacy before it’s too late?

You can visit Jodi at Jodi-Burnett.com. 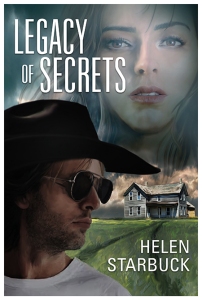 Set in Eastern Colorado, Kirkus Reviews called Legacy of Secrets, “An altogether satisfying romance and whodunit.” IndieReader said, “Starbuck has created memorable characters and writes in a way that shows the reader’s enjoyment is always foremost in her mind.”

There will be a Facebook Live launch party on March 25, 2020 at 5 P.M. MST. Please join her at  https://www.facebook.com/helensstarbuck/. 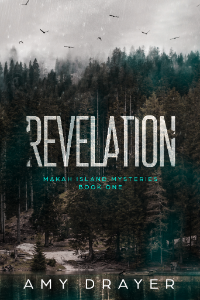 Revelation, Book One of the Makah Island Mysteries, by Amy Drayer is available now!

Pulitzer Prize winning investigative reporter Joanna Ford abandons a twenty-year career and moves to rural Makah Island in the Pacific Northwest to care for her ailing wife. She takes a job at the weekly local paper to pay the bills and it’s as mind-numbing as the endless overcast days – she’d trade all the coffee in Seattle for one more shot at a real story.

But when she finally gets that break, she discovers that gravel back roads lead to dark places and devastating secrets. A small community and a way of life forgotten by most lies tangled in a hidden web of deception, drug abuse, and murder. The effects of what she discovers will change the way she thinks about herself and her world. To crack the case and save Makah, Joanna will first have to save herself – to learn from her storied past, and then let it go.

Learn more and buy in all formats at Amazon or Smashwords – https://www.makahislandmysteries.com/ 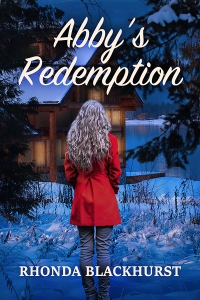 Abby’s Redemption, book two in the Whispering Pines Mysteries duology, is scheduled for release on March 21, 2020.

Last summer Abigail Sinclair narrowly escaped her abusive ex-husband, who was bent on revenge. Finally, victim turned survivor, she is free from a life of watching over her shoulder at every turn and learning to trust again while growing a relationship with new love, Gabe Coleman. She’s living her dream until she finds the body of a woman who endured the same horrors that she once did. The demons of Abby’s past reel her back into the nightmare she thought she’d put to bed.

To learn more about Rhonda and her books, go to: https://rhondablackhurst.com/

The following books have been named 2020 Colorado Book Awards Finalists!