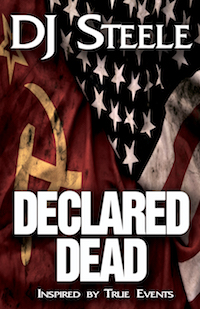 A rising threat is upon us— the New Cold War

Spies of old are back, bearing secrets from the past

Julia Bagal’s life has hit rock bottom. A murder in her duplex, a missing body, and then, her hated supervisor is strangled. Only this dead body was found in Julia’s cubicle.

Now, sitting in a police station, she is scared she might be a suspect…or worse yet, the intended victim.

She suspects who might be involved, but before she can question her, the woman disappears. Entangled in a web of deceit, Julia is afraid the missing woman is in danger and searches to find her. With the clock ticking, she’s forced to accept the help of a man she believes is dangerous. A man trained to kill by the best, the U.S. Army. Julia finds herself drawn to the man who seems to know too much about her.

Suddenly, Julia uncovers a terrifying secret. A bungled CIA operation twenty-three years ago has put her on a deadly collision course of vengeance and betrayal.

­­­One leading all the way to the White House.

DJ Steele, a graduate of the University of Georgia, was one of the first female foresters hired in the private sector where she worked in the timber industry for over twenty years. Prior to writing her own thriller, Declared Dead, she edited five award-winning novels for her husband, also a thriller writer. She enjoys research and weaving historical facts into her work of fiction.

She lives in Northern Colorado where she is working on her second novel. 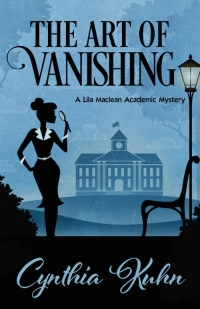 When Professor Lila Maclean is sent to interview celebrated author and notorious cad Damon Von Tussel, he disappears before her very eyes. The English department is thrown into chaos by the news, as Damon is supposed to headline Stonedale University’s upcoming Arts Week.

The chancellor makes it clear that he expects Lila to locate the writer and set events back on track immediately. But someone appears to have a different plan: strange warnings are received, valuable items go missing, and a series of dangerous incidents threaten the lives of Stonedale’s guests. After her beloved mother, who happens to be Damon’s ex, rushes onto campus and into harm’s way, Lila has even more reason to bring the culprit to light before anything—or anyone—else vanishes.