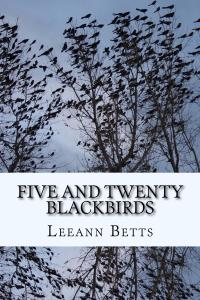 Carly Turnquist, forensic accountant, accompanies her husband Mike to his twenty-fifth college reunion in Arizona. She’s looking forward to relaxing and reading the latest mystery book she picked up at the airport in Boston. However, when Mike’s favorite college professor is murdered and Mike’s least favorite teaching assistant is arrested, Carly’s nose for murder is on high alert. When one of her former college friends, who now works for The Family, shows up then gets blown up, leaving a bag of money and some incriminating evidence behind, Carly tosses her book on the bed and tries to keep herself and Mike safe from the goons and bimbos from Chicago intent on fitting them with cement shoes. Can Carly find out who killed both the professor and the mob accountant, or will she be swimming with the fishes?

About the author:
Leeann Betts writes contemporary suspense, while her real-life persona, Donna Schlachter, pens historical suspense. No Accounting for Murder and There Was a Crooked Man, books 1 and 2 in her By the Numbers series, released in the fall of 2015 Book 3, Unbalanced, released in January. Book 4, Five and Twenty Blackbirds, releases in April, with more planned for later dates Leeann and Donna have penned a book on writing, Nuggets of Writing Gold, and Donna has published a book of short stories, Second Chances and Second Cups. You can follow Leeann at www.AllBettsAreOff.wordpress.com